"Number of posts promoted at once" setting explained

Written by Artur
Updated over a week ago 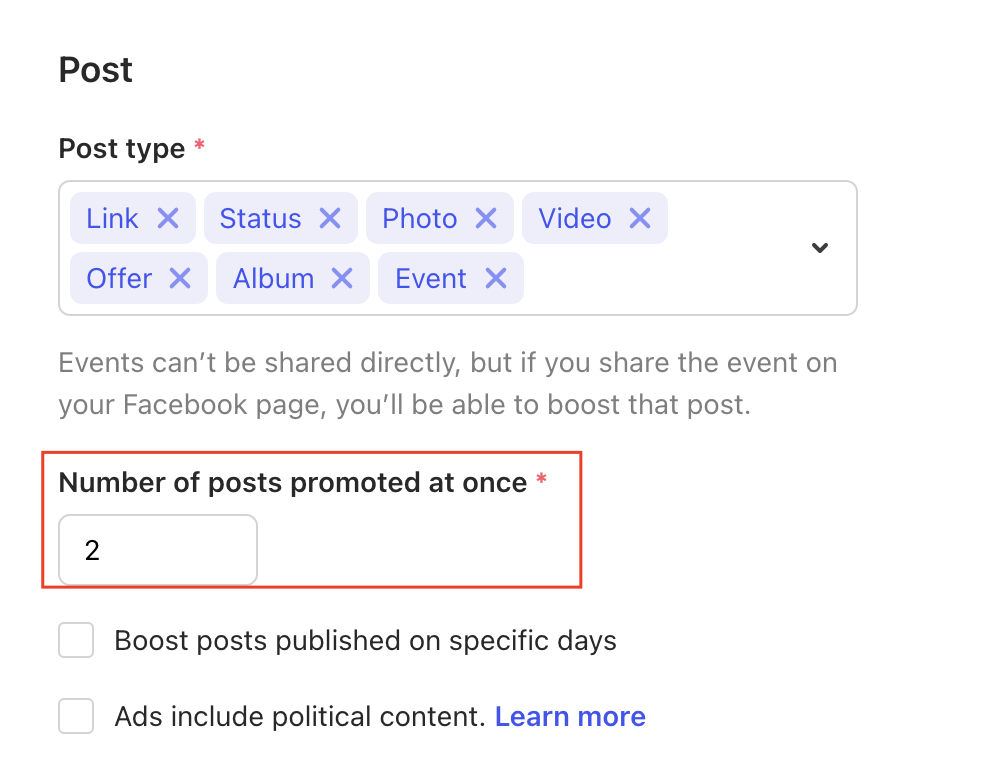 "Number of posts promoted at once" defines how many posts can be promoted simultaneously. Before we get into that let's first review how the post boosting rules are working generally.

Each auto-boosting rule creates a new ad campaign in your Facebook ad account and for each post that meets rule's boosting conditions the rule launches ad sets within this campaign. One post - one ad set with a single ad inside.

The priority is always given to the most recent posts so if there is a newer post that meets the boosting conditions, the older post's promotion, or better to say the older post's ad set, will be stopped. And a new ad set will be created to replace the stopped one.

So, let's say you've set the number of posts promoted at once to 2 and you have 2 posts published that meet the boosting conditions - these 2 posts will be promoted.
2 ad sets will be created as a result. Then if you publish a third post and the first 2 ad sets are still active, the oldest of them will get paused and the new post will be boosted.

Hopefully that explains it but if you still got questions we're always around to provide answers ;)