Written by Anastasia
Updated over a week ago

When duplicating your best performing campaigns, ad sets or ads you may need the duplicates to start running the next day.

There are a few ways to do that in Revealbot a couple of which you can learn about below. 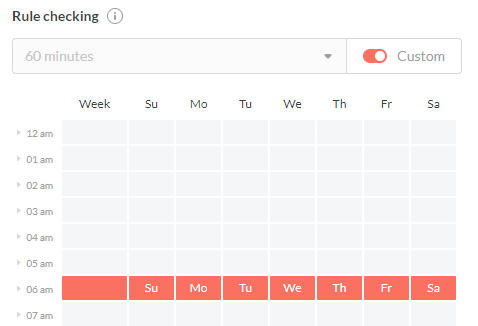 The rule runs every day at 6 AM and once campaign/ad set/ad metrics for the previous day met your threshold values (Cost per purchase below 10$ in this example) - it creates a duplicate accurately at this time you've set in your schedule. Note that the rule can be based on any timeframe, not only yesterday.

So, first rule is based on today's ad set performance and creates a duplicate once a day appending a tag to duplicate's name. 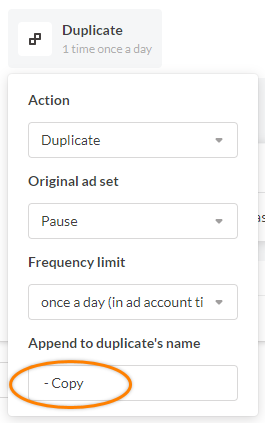 Start rule relaunches duplicates the next day on a single condition that goes hours since creation < 24. Apply the same filter - ad set name contains Copy, and set Custom schedule to start the ad sets at a certain hour of the day (e.g. at 7 AM): 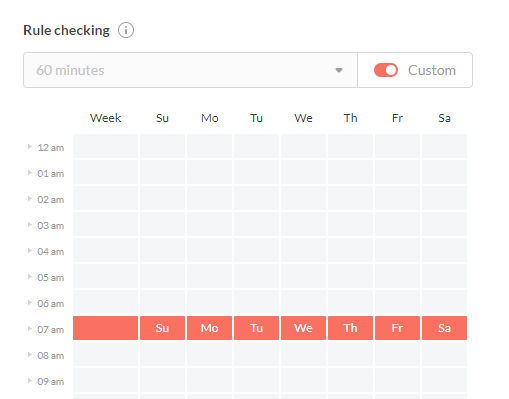 Now it's also important to account for situations where the duplicates are created in between midnight and 7 am. You might not want them to be stopped and restated a few hours later so to avoid that you'd need to tweak the pause rule conditions a tiny bit - add time greater than 7 am condition there to not let it stop the copies created before 7 am.

If that doesn't really make sense you can always rely on us to elaborate, just send us a message!