Written by Anastasia
Updated over a week ago

We have released a new type of condition for automated rules called Ranking. Now you can rank Facebook campaigns, ad sets or ads based on their performance and apply the rule to a portion of selected objects (either top or bottom performers based on a single metric).

How to apply ranking:

What are the key features of ranking conditions?

Combined with other types of conditions Ranking allows you to build even more sophisticated rules to automate your ad management routine. Check out a few use practical cases below:

Let's say we want to always keep 3 active ads in an ad set. Once one ad stops - the other one replaces it. 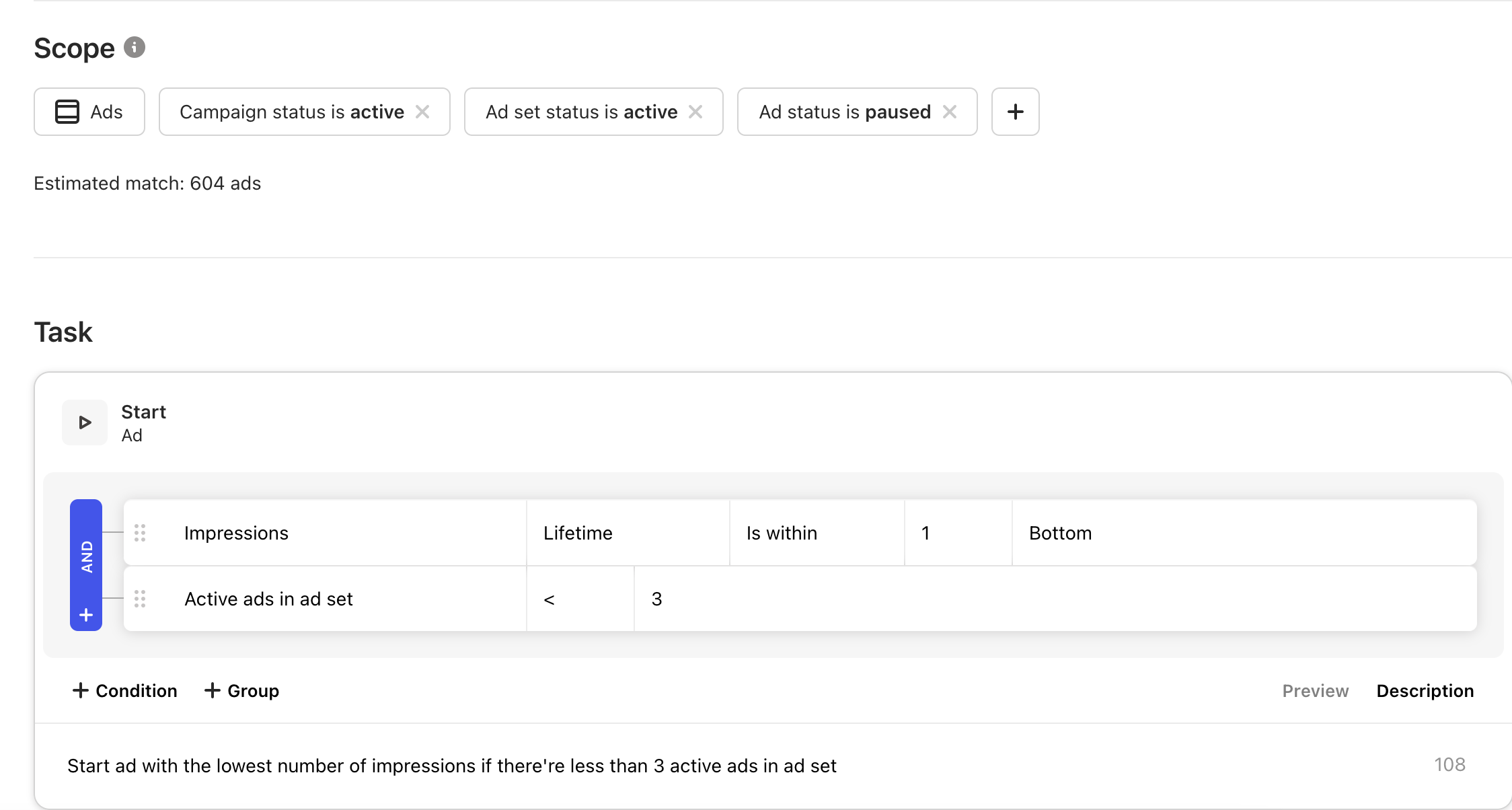 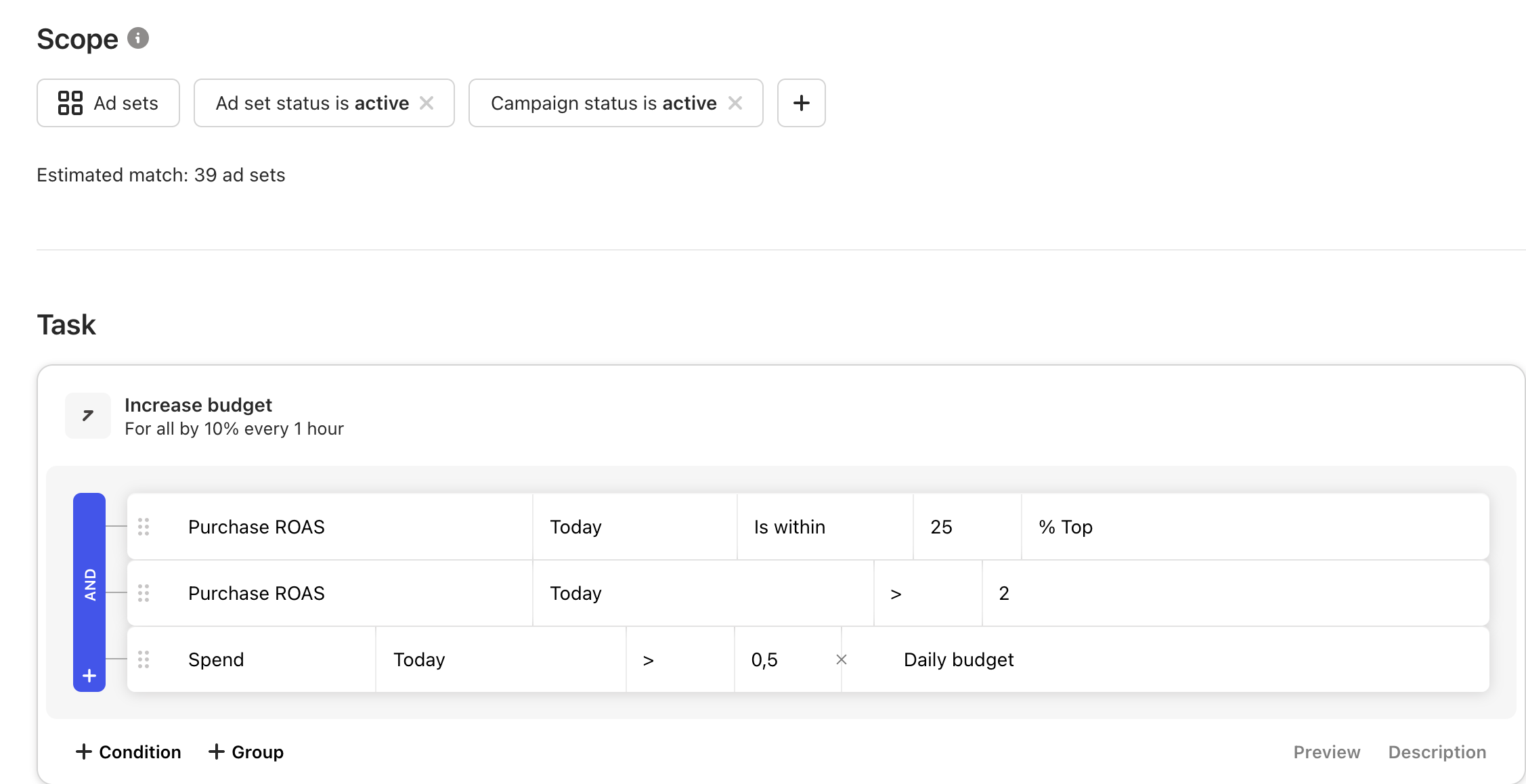 This rule increases the budget every 1 hour for active ad sets which have ROAS value that falls into the top 25% in their campaign today (if ROAS > 2). The last 2 conditions ensure the budget will be increased only for ad sets that have already spent half of their daily budget and their ROAS > 2.

3. Pause x% of low-performing ad sets once a day at midnight. 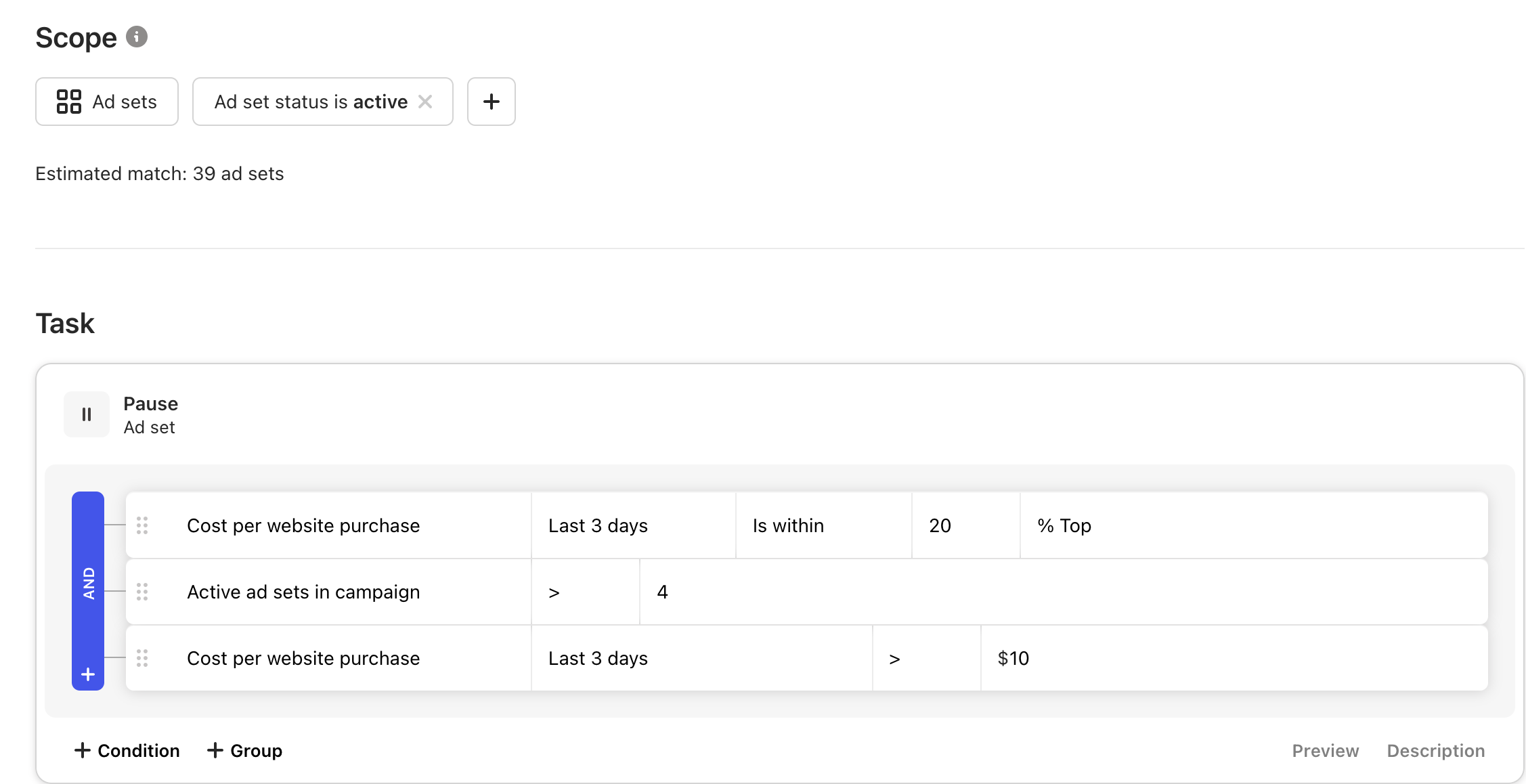 Say, you have 5 active ad sets in 1 campaign. Some of them had sales in the last 3 days, some didn't. Cost per purchase is within 20% top, in this case, means the rule will take an action on 1 ad set in this campaign with the highest cost (20% of 5 = 1). Additionally, if the top cost was over $10 in the last 3 days (as we set this criterion in a separate condition below) - the rule will stop the ad set. But the rule won't trigger if the top cost per purchase in the campaign is below $10.

Note: Running the rule with ranking condition with 15-30 minutes frequency involves taking an action on a group of objects continuously. To confine ranking appliance you can set threshold values (for example, CPA < X) in additional conditions along with ranking not to affect items that hit certain criteria.

If you have your own special setup but you doubt the settings, we're always ready to help so don't hesitate to reach out to our support team ;)